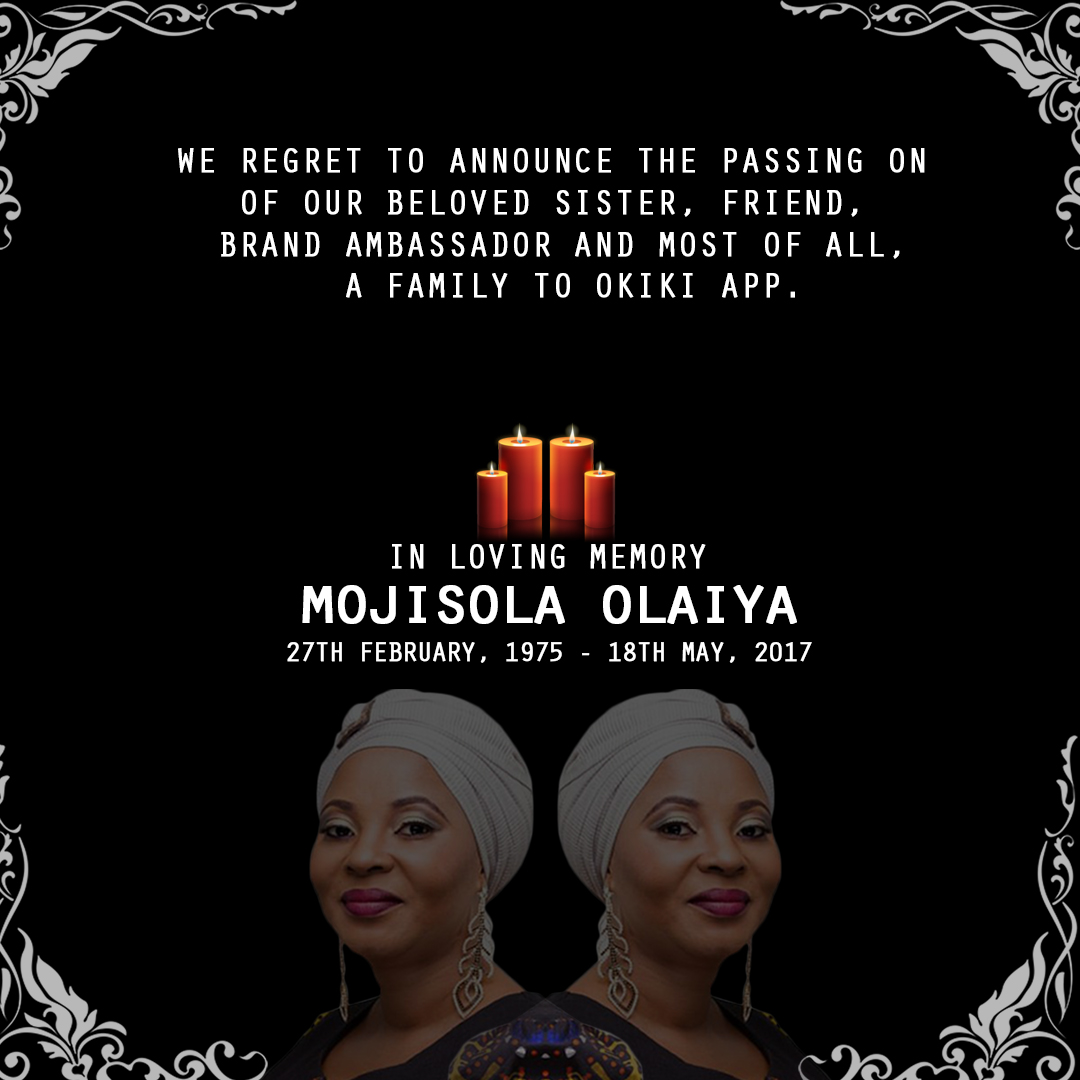 Nollywood heard a shocking news yesterday, Wednesday, May 18, 2017 about the sudden death of her Nollywood actress, Moji Olaiya who passed that morning in Canada.

The actress well known as a brand ambassador for Okiki App, died two months after delivery a baby in Canada, however, as reported by NET, Moji died of cardiac arrest and her health became worse after the birth of her second child.

The beautiful actress, who was born in February 1975 had featured in many Yoruba and English movies which made her popular for her roles in “No Pain No Gain”, “Nkan dun”, “Agunbaniro” and many more married her second husband last year after her first marriage ended in 2008.

Barely two weeks after the death of Yoruba actor, Adeshina Adesanya also known as has Pastor Ajidara and Olumide Bakare the Nollywood industry once again been thrown into mourning with the death of popular actress, Moji Olaiya. Meanwhile several veteran actors in the industry like Kunle Afod, Sola Olaibi aka Officer Gaji, Toyin Aiyemakun Abraham, Funke Akindele aka Jenifer and many more as used their social media pages to pay tribute to her while others visited the family residence.

A statement will be released in due course. May her gentle soul rest in peace