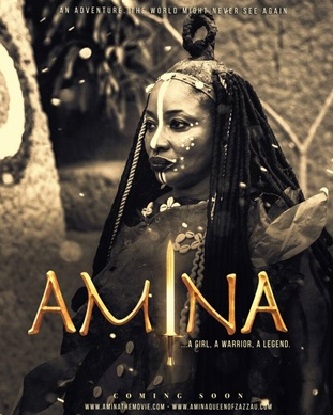 1. Amina
An epic film with an impressive ensemble cast, the movie showcases the most suspenseful battle scene ever seen in a Nollywood movie. “Amina” is loosely drawn from the journey of the legendary fierce Warrior, Queen Amina, who ruled for 34 years. The Queen of Zazzau (now Zaria) lived and conquered in the age of man in a man’s world.
The movie talks about the story of the 1st daughter to the legendary warrior and empire builder, Barkwa Turunku, Amina nurses a burning ambition: to sit as queen over a Zazzau empire that stretches from Kano to River Niger, from Idah to Jukunland. In an age of gender inequality and an oppressive male sponsored traditional system, no sane woman would dare conceive such dreams.
From warrior to supreme military commander; from sorrowful lover to crafty politician; Amina must suppress natural feminine emotions in order to convince the empire of her ability to make true Zazzau’s long cherished dreams of dominance over all of the sub-sahara. A movie that captures the aesthetically appealing cultural tones of ancient Zazzau in the 16th century, “Amina” stars Lucy Ameh as Amina, Ali Nuhu as Danjuma, Clarion Chukwura as Zumbura and Yakubu Mohammed as Barde.
From the producer of “Living in Bondage,” Okey Ogunjiofor, “Amina” is directed by Izu Ojuwku, who helmed the critically acclaimed and award winning movie, “76.” 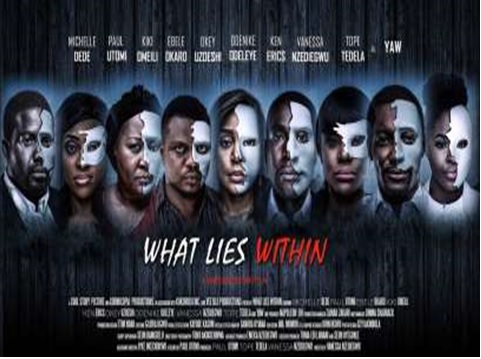 2. What Lies Within
Is showing in cinemas across Nigeria now, and if you tired of the repetive nature of movies stories in Nollywood then u should make out time to see this refreshing movie.

A drama thriller, it stars Michelle Dede, Paul Etomi, Ebele Okaro, Kiki Omeil, Okey Uzoeshi, Vanessa Nzediegwu, Ken Erics, Odenike and Tope Tedela. It was written by Paul Utomi and directed by Vanessa Nzediegwu. “What Lies within” takes a look at 24 hours in the lives of two women Fiona and Ireti. They are thrown in the middle of a situation that affects their lives and those of their family. Ignoring some of the distracting technical factors, the story is different, well written and engaging.

The movie treats a very important topic – domestic violence. “What Lies Within” is the latest movie to discuss violence in relationships? While its major focus is on women as victims, it doesn’t leave the male gender out of the conversation. This is seen in Derrick (Okey Uzoeshi), who uses needle to fix injuries inflicted on him by his girlfriend for fear of being ridiculed by the society.

It is not one of those endings you can sniff from the opening shot. “What Lies Within” is a reminder of the several crimes that people get away with in reality. If the movie had had a different ending, it would have joined the long list of Nollywood movies that took the easy way out with their endings.
It is still showing in cinemas nationwide.

3. TATU
The suspense filled movie produced and directed by the award winning producer Don Omope, creative director, FilmOne production, who also produced the smash hit ‘The Wedding Party’ is an adaptation from a book written by the prolific author Dr. Abraham E. Nwankwo, the recently retired Director General, Debt Management Office.
Shot in scenic locations across Lagos and Ibadan, the movie TATU is a contemporary African epic and adventure story, a fast paced action drama centered on the conflict arising from a mother’s quest to have a child, the intrigue, complications and cultural bias therein. 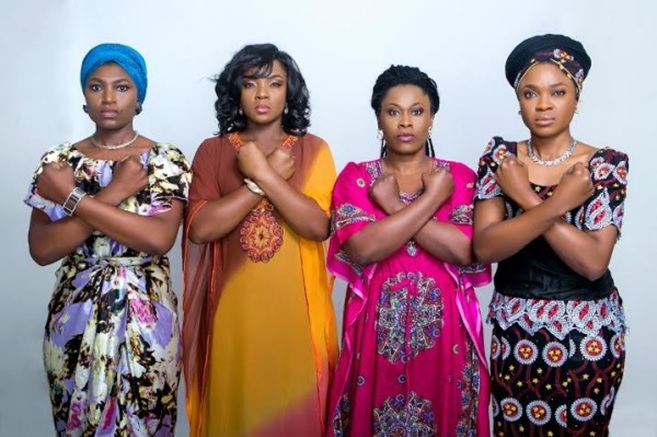 4. WIVES ON STRIKE: THE REVOLUTION
There’s an official release date for “Wives on Strike: The Revolution,” a sequel to the 2016 box office hit, “Wives on Strike.” The star-studded movie will make its debut in cinemas nationwide on December 29, 2017. The date was confirmed via a short teaser shared by the cast of the upcoming movie. In an exclusive interview with Pulse Nigeria, Omoni Oboli who directed the prequel, announced a sequel and TV series, describing the project as a gift that keeps giving.

“Wives on Strike” is a gift that keeps on giving. So, yes, we have a series. We have actually finished shooting that,” she said. “And, we do have a sequel coming up as well. We have “Wives on Strike” part 2, it’s called “Wives on Strike: The Revolution.” So get ready for the revolution.” The original “Wives on Strike” movie followed the story of a group of market women, who decide to take matters into their own hands against their husbands in a bid to stir them into standing up for a young girl, whom they wanted to protect from the wishes of her own father. 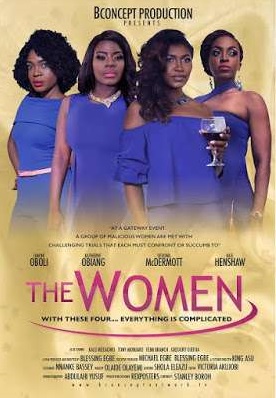 5. The Woman
Following the success of her TV series “Lekki Wives”, Nigerian director Blessing Egbe is set to take things to the big screen with a new movie titled “The Women”. Egbe’s movie features some of Nollywood’s top stars including Kate Henshaw, Omoni Oboli, Ufuoma Mcdermott, Kalu Ikeagwu, Femi Branch, Anthony Monjaro, Gregory Ojefua and Lilian Afegbai. “The Women” also introduces upcoming actors like Unity Nathan and Roxy Antak.
The producers summarized the movie in one sentence: “At a getaway event, a group of malicious women are met with challenging trials that each must confront or succumb to”.Egbe says her new production is for everyone. ‘The Women’ is a movie for everyone. It’s not just a movie for the woman, man, old or young but for everyone”, she said in a press release.

The filmmaker who also produced and wrote the movie revealed she faced some challenges during production. Blessing Egbe is also known for producing “Two Brides and a Baby” and “One Room”.